Welcome To The Largest Landlord Community In Canada! We are focussed on helping small landlords like you succeed through education, networking & advocacy! Real Landlords, Real Advice. We're On Your Side!

See, like I wrote before Alberta needs rent control and we need a group like ACORN or the Federation of Metro Tenants Association to set up up huge offices in Calgary and Edmonton and plan things like protests and rental strikes!!

Even the Calgary Mayor agrees with me!! He is a landlord who is fair and he says small landlords are gouging tenants and see the rental game as a 'get rich quick scheme!!' 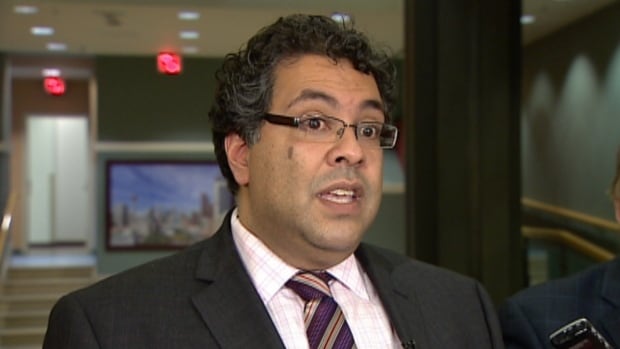 Mayor Naheed Nenshi says one way to get more affordable housing in Calgary is for landlords to stop gouging.

On his own rental property, Nenshi says he hasn't raised the rent in four years because his mortgage is the same, utility costs are the same and he is still making a reasonable profit.

“And so I am reaching out to landlords and saying, 'Come on, this is not a get-rich-quick scheme. Figure out a way that you can continue to provide housing and get a decent return without gouging your tenants,'" he said.

"And there’s been way too much of that happening.”

In the wake of last year's flooding in southern Alberta, many property owners were hit with steep hikes in their insurance premiums.

The Canada Mortgage and Housing Corporation (CMHC) said in July that Calgary has one of the lowest vacancy rates of any major city in the country at about 1.4 per cent
Nenshi comments offend some landlords

Alberta law doesn’t limit how much landlords can raise rents, but they have to give three months’ notice for monthly renters and they can only do it once per year.

Some landlords, like Ed Belanger, took offence to Nenshi's comments.

He says people will wonder what's wrong with your property if you charge below market value, and you scare people away if its too much.

"Depends on where the market is," he said. "If it's flat, it's flat. I can't charge any extra, but if it's going to increase, you provide for that. If you want to keep a tenant you must be reasonable."

But Belanger says there are some costs that landlords can't control, like property taxes, which keep going up.
Stories from some tenants

The Attainable Homes Calgary Corporation (AHCC) asked its followers today to share their experiences as renters in Calgary.

Here is an excerpt of the responses they received:

“[My landlord] has raised my rent three times .... and my damage deposit! Even though I told him it was illegal to raise the damage deposit,” said Cathy.

“It's truly ridiculous. My rent has increased over $100 a month every year yet the management is extremely poor,” said Tamara.

“I have a family of four, and have been looking for a place to live for months. Everything is overpriced or a complete dump,” said Felicia.

“Have you tried to save for a down payment for a house? With the cost of a house these days even five per cent down will run you $25,000 or more… It’s not that easy to just go buy a place.” said Kerry.
Top

Return to “The Politics, Off Topic, and Landlord/Tenant Issue Discussion Forum”